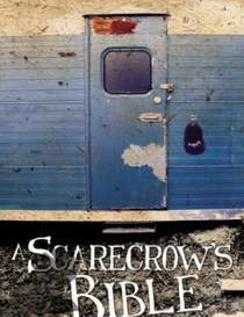 In a house trailer in rural Mississippi, Gary, a married Vietnam veteran, addicted to drugs, haunted by memories of the past, is on the brink of collapse. Just when he thinks the dream of another life is over, the unspeakable happens. He falls in love with a frail, ghostly younger man who reminds him of youth, beauty, and the possibility of a life beyond the prison he has created for himself. A Scarecrow s Bible is about what happens when love occurs at the most unexpected moment. It is the story of how working-class men and women in a small town adapt to changes that somehow seem impossible. It is a novel of hope and transformation that challenges our ideas about diversity and social change, breaking your heart all the way.

"When wounded souls connect, the miracle can be explosive.  So it is in this rapturous debut novel..." Seattle Gay News

"The writing is so skillful it's hard to believe that this is a debut. If this is a gay novel it's unlike any other I've ever read." —Edmund White, author of A Boy's Own Story