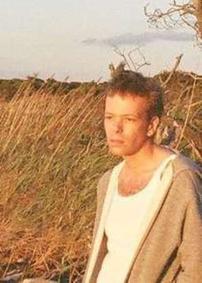 Martin Hyatt was born just outside of New Orleans. He attended Goddard College and Eugene Lang College of The New School. He holds an MFA in Creative Writing. He is the recipient of an Edward F. Albee Writing Fellowship and The New School Chapbook Award for fiction. His stories have been published in such places as Lodestar Quarterly, The Electric Literature Blog and Blithe House Quarterly. His award-winning debut novel, A Scarecrow’s Bible, was published May 2006.  It was named a Stonewall Honor Book by the American Library Association and won the Edmund White Award for Debut Fiction.  In addition, it was nominated for the Ferro-Grumley Award, a Lambda Literary Award, and the Violet Quill Award.  He was recently named a “Star of Tomorrow” in a Literary Idol feature in NY Magazine  His new novel, Beautiful Gravity, ​was published in October, 2016. For his second novel, he also received a Stonewall Honor Book Award from the ALA and a Lambda Literary Award nomination.  He is currently completing a memoir entitled Greyhound Country and a novel titled The Opiate Chronicles. He has taught writing at such places at Hofstra, Parsons, and St. Francis College.    He currently teaches  Creative Writing and Humanities courses at Southern New Hampshire University,  Devry University, and the School of Visual Arts (SVA) in NYC.